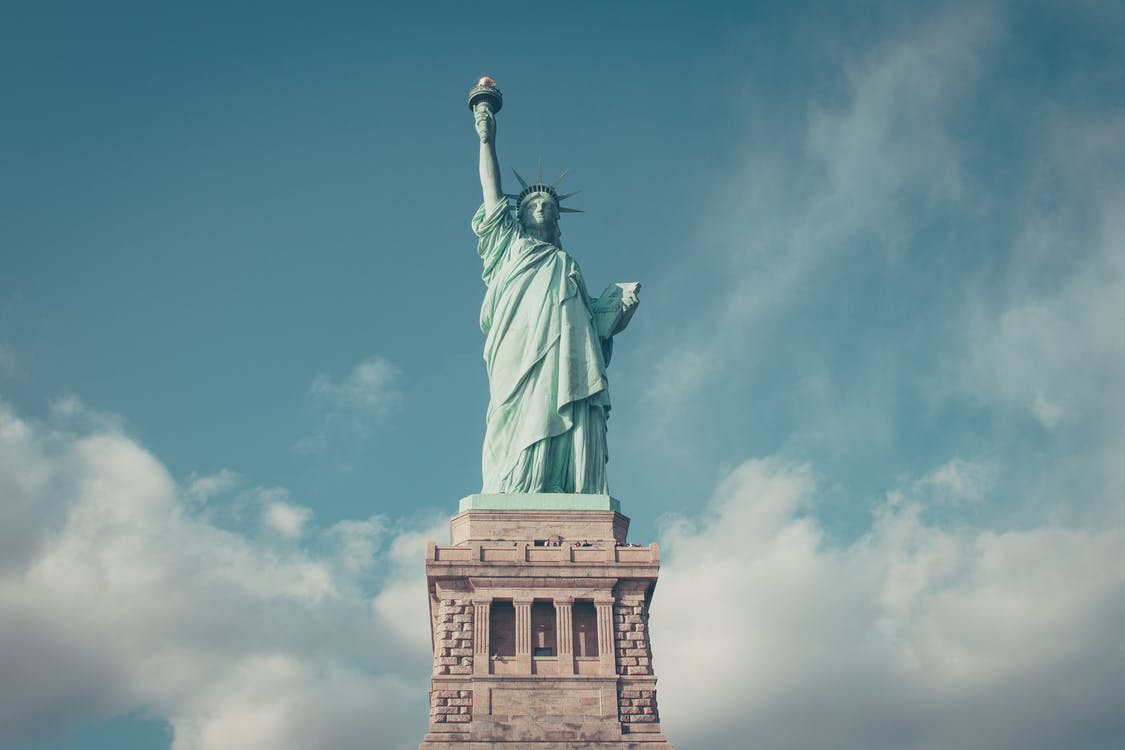 THE PRACTICES OF OUR LAW FIRM

Every case is different and we work with you to tailor the application in ways to maximize your options and reduce your risk. Contact us for a free evaluation or general inquiries.

The appeal of the NIW derives from the fact that aliens can “self-sponsor” themselves and don’t have to rely on an employer to submit a petition on their behalf. This creates a realm of possibilities for prospective green card applicants who may have otherwise assumed that they were not eligible for permanent residency status because they did not qualify under more traditional categories (EB-1A and EB-1B).

There are other clear advantages. Currently, all employment-based second-preference petitioners may file for their I-485 with their I-140 petitions at the same time (this does not apply to applicants from China and India). What this means is that individuals approved may adjust their status and obtain their green cards much faster than would otherwise be possible through family-based categories or labor certification. China and India applicants may also seek NIW approvals – adjustment of status, however, is only possible when visa numbers become available (stay updated monthly by reviewing the U.S. State Department’s Visa Bulletin).

First enacted by the U.S. Congress in 1990, the National Interest Waiver (EB2/NIW) allows aliens with advanced degrees or exceptional ability to receive a waiver of the labor certification requirement if they can demonstrate that granting such a waiver would be “in the national interest” of the United States.

The alien applicant may be eligible to file for EB2NIW if they prove that they are an alien of extraordinary ability in the sciences, arts or business or an advanced degree professional, and involved in an activity which could prospectively benefit the U.S. national interest. The petitioner must also provide convincing evidence that the alien applicant is coming to the United States to continue work in their chosen area and that the work will benefit the United States.

Determining how your endeavors benefit the United States and may be of national interest requires careful review of your credentials and accomplishments and how to describe them in ways that will provide you with a successful petition. Knowing what to highlight in your background, research, and endeavors and how it fulfills these requirements demands an experienced, knowledgeable team like NWM who can create a successful petition.

While the requirements for obtaining an NIW have gone through several changes and amendments since the program was introduced more than 25 years ago, USCIS revised existing guidance (Matter of New York Department of Transportation – 1998) and announced in December 2016 (Matter of Dhanasar – 2016) a new standard for determining waivers if EB2 classification has been established. USCIS may grant an NIW if the petitioner demonstrates by a preponderance of the evidence that:

Let’s consider carefully what each of these elements means in terms of evidence or information required to substantiate your case.

I. THE FOREIGN NATIONAL’S PROPOSED ENDEAVOR HAS BOTH SUBSTANTIAL MERIT AND NATIONAL IMPORTANCE

Under the first prong, substantial merit and national importance focuses on the specific endeavor that the foreign national proposes to undertake. This can be demonstrated in a range of areas – business, entrepreneurialism, science, technology, culture, health, or education. Evidence that the endeavor has the potential to create a significant economic impact may be favorable but is not required, as an endeavor’s merit may be established without immediate or quantifiable impact.

Consider fields like condensed matter physics, pure mathematics, astrophysics, and other fields in which the pursuit and study of these and other more esoteric topics are often viewed as purely academic. This may qualify, whether or not the potential accomplishments in those fields translate into economic benefits for the United States. Evidence attesting to the substantial merit of endeavors related to pure research and science, and the furtherance of human knowledge, for instance, often relies on how others in the field view it, use it to prove or substantiate their findings, and how the work advances the discipline as a whole. In other pursuits, drawing a link between the research and the large implications economically may be favorable.

Regarding national importance, USCIS considers its potential prospective impact. An undertaking may have national importance for example, because it has national or even global implications within a particular field, such as those resulting from certain improved manufacturing processes or medical advances. But USCIS does not evaluate prospective impact solely in geographic terms. Instead, they look for broader implications. Even ventures and undertakings that have as their focus one geographic area of the United States may properly be considered. For instance, a local demonstration project in the field of energy or environment, among other fields, may have broader implications nationally – these qualify because they can be shown to offer broader, prospective benefit.

An endeavor that has significant potential to employ U.S. workers or has other substantial positive economic effects, particularly in an economically depressed area, for instance, may be understood to have national importance.

II. THE FOREIGN NATIONAL IS WELL-POSITIONED TO ADVANCE THE PROPOSED ENDEAVOR

To determine whether the foreign national meets this prong of the test, USCIS will look to his or her education, skills, knowledge and record of success in related or similar efforts, a model or plan for future activities, progress toward achieving the endeavor and the interest of potential customers, users, investors or other relevant entities or individuals. Significantly, the petitioner is not required to show that the endeavor is more likely than not to ultimately succeed.

III. ON BALANCE, IT WOULD BE BENEFICIAL TO THE UNITED STATES TO WAIVE THE JOB OFFER AND LABOR CERTIFICATION REQUIREMENTS OF THE EB-2 CATEGORY

If a foreign national satisfies these three criteria, USCIS may issue a national interest waiver in its discretion.

Clearly, every client case is different. New Weiming’s legal team and its unparalleled staff of Ph.D.’s and other superb professionals have helped scores of clients, with many diverse backgrounds and nationalities, succeed with their NIW cases. Providing we have all the materials necessary from clients to build a strong case, we can complete the petition within as little as six to eight weeks.

Keep in mind that a carefully drafted and assembled petition package requires many elements in addition to details of your current status (i.e., passport, evidence of nonimmigrant visa status, degree certification, and others similar background documents). It requires all publications, presentations, abstracts, conference invitations and details, record of citations, compelling letters from referees, records of awards, honors, grants, funding, and media reports, your CV, and much more.

A well-prepared petition, however, is more than the sum of these and other parts – how these elements and evidence from referees and many other parts are carefully woven into the draft petition letter is absolutely key. Judge for yourself. Assembled below are several examples drawn from our caseload of clients who have worked successfully with NWM to secure their NIW greencards. In each case, we knew how to emphasize, for example, the significance of their work, its impact on and contribution to the national interest, and how the United States would benefit from their continued work in this area.

Our client - a resident of Thailand, with a Bachelor’s in Engineering from his home country and a Ph.D. from in Industrial Engineering and Management from a well-known, mid-western university - had more than ten years research experience in academia and industry, with specialization in quantitative and statistical analysis, data mining, analytics, econometrics, building decision support systems, and strategic planning. He possessed a strong publication, presentation and invention record – four articles, >20 presentations, one book, and one invention.

Referees praised his modeling and data-mining work in the healthcare area, recognizing several of his achievements for their impact on the discipline nationally. He also demonstrated his versatility by applying his skill sets in quantitative analysis to such diverse areas of national interest and importance as financial and banking analysis, automobile marketing and sales models, customer marketing and segmentation, and other areas of data mining and analysis.

At the time of application in 2017, he already had several years of experience with a multinational financial institution tasked with business analytics and modeling. He rose to mid-level management in data mining and analysis and was well-positioned to continue his work in this field. His work contributed significantly to marketing, management, data analysis, consumer analysis, and related areas for a major financial institution and thus was sufficiently beneficial, economically and financially, for the United States to retain such an individual without further labor certification.

The Petitioner had more than ten years of research experience, broad financial support from major government-sponsored donor groups in Japan, and an exceptional record of publications (16) with citations (>800). Publications appeared in a number of the health science’s “flagship” publications – Proceedings of the National Academy of Sciences, Journal of Biological Chemistry, PLoS One, and others.

According to multiple referees, he introduced new innovations in genomics that significantly advanced the field and provided new directions for research and development in America and internationally. Equally important, these referees cited his work and used his findings in their research. His innovative research had broad national significance in a range of fields – oncology, genetics, genomics, pharmaceuticals R&D, and many other related areas in medicine and healthcare in the United States. He was also well-positioned as a respected and accomplished scientist in his field of endeavor to continue his work at a nationally recognized lab in the United States.

With more than nine years of research experience, this client from Colombia excelled at conference presentations – both orally and in poster form – at a variety of internationally ranked proceedings. His more than 30 conference presentations helped highlight his novel work on receptor biology and gene expression published in and cited by prominent journals in the field (Proceedings of the National Academy of Sciences, the International Journal of Molecular Science, Oncotarget, Scientific Reports, and others).

Through his pioneering research, he revealed regulatory mechanisms of gene expression responsible for several diseases, notably a number of forms of cancer. His research was well-funded and supported federally as well as by his university throughout his nearly decade-long research experience. His work was featured in a variety of prominent media sources, including Science Daily. Referees and other well-known researchers in the field from Japan, the U.S., China, the Netherlands, and a host of other countries, attested to the value and significance of his work and its impact on the field of oncology and genetics throughout the world.

As this case demonstrates clearly, the number of publications and citations were not the determining factor in this client’s success. Our client not only excelled in the biological sciences but also in data analysis – this led to employment with a new high technology bioinformatics company that specialized in providing data analysis support to a wide range of life science researchers. His research has had a lasting impact on plant transformation, disease resistance improvement, and RNA interference technology. We worked with him closely to accentuate his employment related work specifically.

With a sterling academic background and skill sets suited for today’s high technology life sciences companies, our client used his background and more than seven years of research experience to contribute knowledge and abilities of major significance. Moreover, he contributed significantly to America’s national interests by advancing a relatively new field of considerable interest to the future of the life sciences.

NWM helped this highly accomplished, exceptionally well-educated medical professional emphasize and underscore an extensive record of clinical experience – more than 13 years – with many accomplishments in this client’s field of orthodontics. We also highlighted this professional’s outstanding work throughout the community in California working at and supporting the efforts of local clinics.

Creating a petition narrative that included clinical and technical experience, teaching, community service, leadership efforts and skills, academic and other awards helped this client succeed with their case. NIW ensured that the contribution this individual made to America’s national interest was well-documented and highly persuasive.